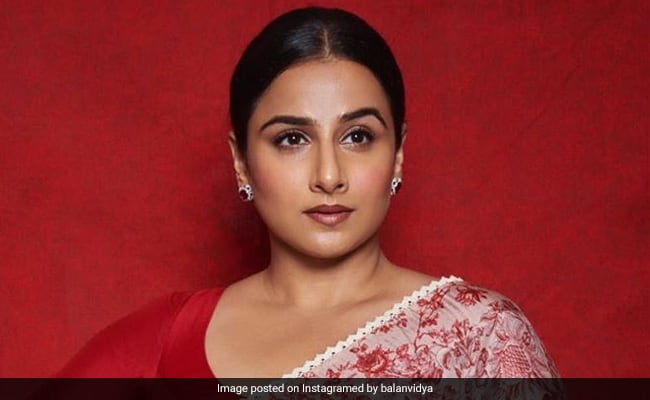 Shahid Kapoor’s 2019 film Kabir Singh, a remake of the Telugu hit Arjun Reddy, was savaged by critics for its toxic and misogynistic view of romance. However, Bollywood actress Vidya Balan said during a recent media interaction that the film “doesn’t necessarily glorify” the central character, reported news agency IANS. The 41-year-old actress stated that the film doesn’t glorify the character and that it merely showcases the story of a flawed character, which happens to be a reflection of reality. “There was a huge uproar when Kabir Singh released and people questioned how could the film glorify a character as Kabir Singh, who is absolutely disrespectful and violent towards women. Previously, I would have had the same reaction, but today I feel that the film is not necessarily glorifying it. It’s about telling the story of a Kabir Singh and there are enough Kabir Singhs in the world, especially in our country. So, I am okay with that,” IANS quoted Vidya as saying.

Citing the example of the Sandeep Reddy Vanga-directed film, Vidya said that earlier she might have reacted differently since it wasn’t in sync with her beliefs. However, over the last few years, she has “matured” and that she has a better understanding of the characters. “Sometimes I watch films even if they are not keeping it to my beliefs. Over the years, I have matured as a person. Previously it used be all black or white for me but today, I understand. I will give you an example of the film Kabir Singh,” said Vidya Balan.

Vidya added that if she were given a choice to be like the titular character, she would have said no. However, she wouldn’t have a problem with watching the film. “I can make choice not to be a Kabir Singh. As a person that choice would be mine but will I go to the theatre and watch Kabir Singh? Of course I will. So, I think I have kind of matured,” said Vidya.

Kabir Singh, starring Shahid Kapoor and Kiara Advani in the lead roles, showcases the story of Dr Kabir Singh – a drug addict, an alcoholic and an obsessive lover, who happens to be stubborn and self-destructive and his love for Preeti knows no boundaries. The released to tremendous box office numbers.

(With inputs from IANS)